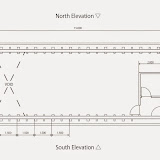 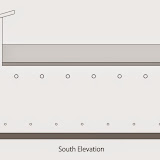 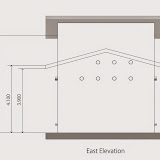 License of bird house construction  Local markets for selling unprocessed white nests are never problematic. For example, in Pusa and Kabong areas, the buyers (towkey) from Sibu or Sarikei are willing to buy the product off-site. In major towns, the buyers are willing to purchase even bulk quantity, {without confirming if the suppliers have licenses issued by the Forest Department. In some places, such as Bintulu and Sibu, some people tend to manipulate the prices by forcing the suppliers to sell to them.  No license shall be given to bird houses located in shop lots or residential areas. The conditions for licenses to be approved are as follows:
a. Agricultural land not for specific purposes such as rice and rubber.  b. It must be a valid and un-collateral entity.  c. The land in question must be at least 15 kilometers away from major towns or cities; five kilometers away from small towns/bazars (e.g., Lingga, Meludam, Pandan, etc.), and at least one kilometer away from a longhouse or village.
Five sets of applications, including working papers, must be submitted to the Forest Department for processing. Copies are issued to the Sarawak Planning Authority (SPA), the Lands and Survey Department, the Health Department, and the Natural Resources and Environment Board (NREB). The SPA will initially arrange for an inspection by the four Departments, and the Forest Department will compile a respective report to the SPA, who will decide whether the application is to be approved or not. If approved, the applicant will be notified to collect the license upon payment of RM 300. Annual license renewal is also for RM 300.  It is unclear how the SPA selects successful applications. The members consist of the State Secretary, with two other VIPs, headed by the Chief Minister as the chairman. To date, the Forest Department has issued about 5,000 bird house licenses in Sarawak. According to a Forest Department officer, almost 3,000 applications have currently been submitted but approximately only 400 licenses have been issued.  I recommend a budget single story house, with a height of 4.0 meters for the breeding area and with a “monkey house”1 of up to 6.0 to 7.0 meters. The width and length are 6 meters and 15 meters, respectively. The estimated cost is RM 35,000 including electrical appliances. Unfortunately, the price for the unprocessed white nests still remains approximately RM 1,500/kg, since the price decreased in mid-2011. With a price of approximately RM 3,000/kg, the recommended bird house would be economically viable. Notes
1:“Monkey house” is coined by Indonesians as “rumah munyit,” where the swiftlets are roving inside where a small entrance is placed. This is also called roving area. Reference
Budiman, A. et al.  2010. Panduan bengkap wallet. Jakarta: Perpustakaan Nasional.
Merikan, H. S.  2007. Abstract of the 2007 Malaysian swiftlet farming industry report.  Penang: SMI Association of Penang.
Mulia, H.  2009. Buku pinter budi daya bisnis walet. Jakarta: PT Agro Media Pustaka.  2010. Cara jitu memikat walet. Jakarta: PT Agro Media Pustaka.
Salekat, H. N.  2010. Membangun rumah walet hemat biaya. Jakarta: PT Agro Media Pustaka.