On Dec. 11 2010, for the 15th Oil Palm Research Meeting at Kyoto University, we invited Dr. Riwanto Tirtosudarmo of the Indonesian Institute of Sciences (LIPI) to share his thoughts and views. Since completing his doctorates at the Australian National University, Dr. Riwanto has been a senior research fellow of LIPI. His field of study is political demography and he has been studying population mobility in Indonesia and Southeast Asia. In this meeting, he introduced his latest study outcomes, the circumstances and the backgrounds of Indonesian labor in the plantations of Malaysia. Current state of foreign workers in Malaysia  The statistical data of 2005 tells us that Indonesians constitute the largest group of foreign labor in Malaysia. They occupy 68% (1.21 million) of all foreign workers and the number will rise to 2 million if we take into account undocumented, illegal workers. Among the Indonesian workers in Malaysia, plantation labor consists of the largest group with 26% followed by domestic workers (24%) and construction workers (18%).  Economic disparity between Indonesia and Malaysia is the key factor in the continuing labor migration. Common problems the labor force is facing in every sector of work are: low wages, the confiscation of passports by employers and poor living environment. The labor force in construction and manufacturing in many cases has to work in hazardous conditions. The turnover rate of construction workers is quite high, and those who quit often drift to plantation sites. The service industry, such as hotels and restaurants, also has many problems and in the worst case, it is connected with human trafficking. Plantation industry and Indonesian workers  Malaysia’s plantation industry relies heavily on Indonesian labor. Work in the plantations is known for its low wages, passport control by the employers, long hours of back-breaking work and exploitation by the brokers. In many cases, workers are placed in a harsh and isolated environment with minimal shelter so many of them quit and find work on construction sites.  Indonesian workers earn 25-60 ringgit a day in construction jobs while they make 25-40 ringgit in plantation sites. The Malaysian government plans to reduce the number of foreign labor in Malaysia from 2.1 million in 2008 to 1.7 million by the year of 2015. Regarding the plantation industry, however, the government plans to raise the percentage of foreign workers from 16% in 2008 to 20% in 2015. 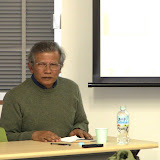 Palm oil industry in Malaysia  Today, Malaysia is the 2nd largest exporter of palm oil in the world. Of all palm oil produced in Malaysia, roughly 60% of it is exported to China, European countries, Pakistan and so forth. In 2008, Malaysia produced 17.7 million tons of palm oil from 4.5 million hectares of oil palm plantations. Much of the farmland used to grow rubber, cocoa, and coconut was turned into oil palm plantations and the growing area of oil palm continues to increase.  In Malaysia, there are 153 estates and 67% of them are concentrated in the peninsula area. Of all the 580 thousand workers in the plantations, 350 thousand of them come from other countries. Allegedly, 90% of the labor force in Sabah state is Indonesian. 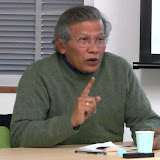 Oil palm plantations in Sabah  In Sabah, oil palm is cultivated in more than 700 thousand hectares and there are 58 palm oil mills. Those plantations are spreading around both the Sandakan and Tawau division. Sabah produces the largest portion of palm oil in Malaysia, 25% of its total production. Sabah’s production accounts for 30% of palm oil export earnings of the whole of Malaysia. Javanese and Chinese made up the majority of foreign labor in Sabah before Malaysian independence while the number of Indonesian and Filipino workers has become dominant since its independence. Java comprises the majority of Indonesian workers in Sabah, followed by Bugis and Traja.  This Indonesian labor inflow has continued, while local residents are facing hardship in finding good job opportunities. Even the impoverished local residents are unwilling to find jobs in plantations due to the poor working conditions. A monthly wage of 600 ringgit is too low for the local residents. Poor living conditions and physically demanding jobs are the reasons why they are reluctant to find jobs in plantations. 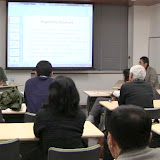 Issues faced by migrant workers  Generally speaking, migrant workers are easy subjects for exploitation. Often their passports are confiscated by the employers so they have no choice but to work with low wages and to get caught up in the vicious cycle of never-ending debt. Christian groups and organizations are dependable institutions for Indonesian workers in Sabah, as they provide assistance and refuge to migrant workers. (Written by Yumi Kato)