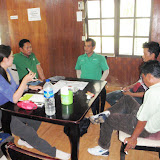 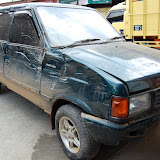 As a result of these events, my Indonesian has improved slightly so that I can manage to perform simple tasks or negotiations. However, there is a negative effect of this. When people know that I understand and speak Indonesian, they approach me directly regarding their needs. Most frequently, this consists of requests for borrowing money for vari- Photo2: A heavily-damaged rented car (photo by Motoko Fujita) 5 Planted Forests in Equatorial Southeast Asia: ous reasons; their children are sick, or they have lost their jobs. But there is one thing that is clear. If you lend some money to them, you will never get the money back. “Minta pinjam uang” is Indonesian for borrowing money, but I think it is more precise to say “minta kasih uang” which means “give me some money”. Joyful fieldworks   Collaborating with a private company is not mainstream in the area of ecological science. Moreover, when working with a plantation company, which is often a target of criticism of biodiversity decline, publishing the results sometimes requires extreme care. Natural forests have far richer biodiversity compared to plantations. First of all, the bird species that inhabit natural forests and plantations are different. In natural forests, birds that prefer deep forests are found and most of them are very cautious and shy. In plantations, on the other hand, most bird species favor open spaces. If most of the surrounding environments are natural forests, with little open spaces, those open habitats also may be an important habitat for birds. But now, natural forests are decreasing and open habitats are spreading. To conserve bird biodiversity, we need to preserve as much natural forest as possible. But how do we do this? Setting a large area of natural forest as a protected area is one way, or retaining a strip of natural forest along a small river is also possible. It is easy to criticize plantations, but what scientists should do is to record their impacts in a scientific manner, so that we know how to conserve biodiversity.  Ultimately, fieldwork in tropical forests provides me with valuable experience that no other place can offer. Morning starts with the chorus of various birds, followed by gibbons echoing through the deep forest, and soon the forest is filled with the overwhelming power of wild creatures. Once the heat has subsided in the evening, the breeze will relax you. Although troublesome from time to time, I like the people and their way of living in tropical areas. To me, they seem to be very flexible and adaptable, possibly because of the ethnic diversity of their communities. In the tropics, there is something special that really attracts me, which I cannot find in Japan. Southeast Asia has been experiencing drastic changes in recent years, but I hope the landscape here continues to deserve the label “beautiful” forever. 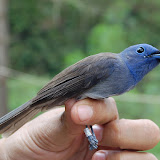 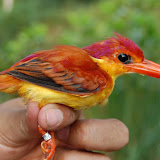