biomasssociety.org > Research Outcome > Report of Research > Above Ground Biomass and Tree Species Diversity in Anap Sustainable Development Unit, with the Focus on the High Conservation Value Forest (HCVF)[Hiromitsu Samejima, Malcom Demies, Miyako Koizumi]
Above Ground Biomass and Tree Species Diversity in Anap Sustainable Development Unit, with the Focus on the High Conservation Value Forest (HCVF) Hiromitsu Samejima（Center for Southeast Asian Studies, Kyoto University） Malcom Demies（Sarawak Forestry Cooperation） Miyako Koizumi（Graduate School of Agriculture, Kyoto University） Introduction  Maintenance of biomass or carbon stock and biodiversity are among the targets of sustainable forest management (SFM) and establishing a high conservation value forest (HCVF) is one of the measures of SFM to achieve these targets. However, the performance of HCVF management has not been well studied.  Inside the Anap Sustainable Development Unit (ASDU), Sarawak, Malaysia, four HCVFs and three water catchment areas (WCs) have been established. WCs in ASDU were originally listed as a part of HCVFs in the Forest Management Plan for Anap-Muput Year 2006–2025, and accordingly can be considered part of HCVFs in ASDU.  In ASDU, we established 70 vegetation plots to evaluate the aboveground biomass (AGB) and tree species diversity in the management area. Using these data, we evaluated the contribution of HCVFs in sustaining the high biomass and rich biodiversity of ASDU. Materials and Methods Study site  ASDU is located in Tatau District, Bintulu Division, Sarawak, Malaysia. It is managed by a private company, Zedtee Sdn Bhd. ASDU covers an area of 106,820 ha, and its forests can be classified into three types: lowland/hill mixed dipterocarp forest (MDF), Kerangas forest, and riparian forest. MDF is the major forest type in lowland Borneo and ASDU. Kerangas forest is a heath forest on sandy nutrient-poor soil, distributed in the southeast part of ASDU. Riparian forest is a type of MDF distributed along rivers but generally more degraded and with lower densities of large trees than normal MDF on the slopes and ridges, probably because the riparian area is more vulnerable to logging disturbance.  The management system of ASDU is divided into three parts: Anap-Muput Forest Management Unit (FMU: T/4317), which forms the main part; an area with License for Planted Forest (LPF/0039) in the northern part; and Anap-Belawit state land in the south (Fig. 1). The Anap- Muput FMU is divided into coupes and managed in a 25- year cutting cycle for sustainable timber production of indigenous tree species such as meranti (Shorea spp.) and kapur (Dryobalanops spp.). Logging activity in ASDU started in 1977, all the coupes have been harvested at least once, and coupes 1–12 have been harvested again in the last 12 years. LPF is allocated for intensive planting of fast-growing species, and the original vegetation has been repeatedly harvested, but most of the area has not been planted to date. 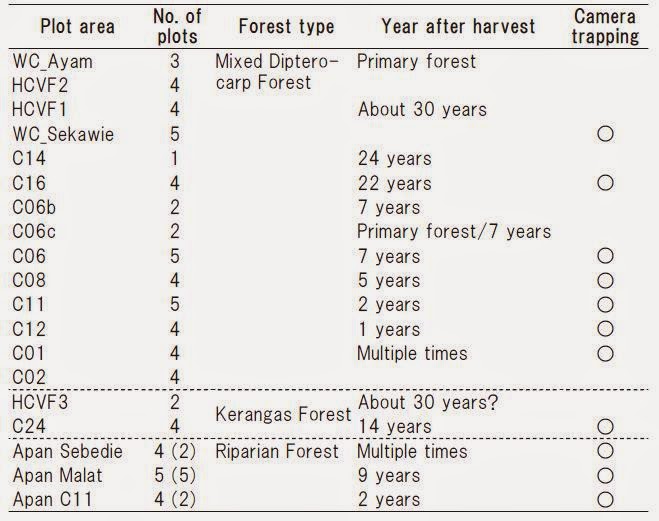 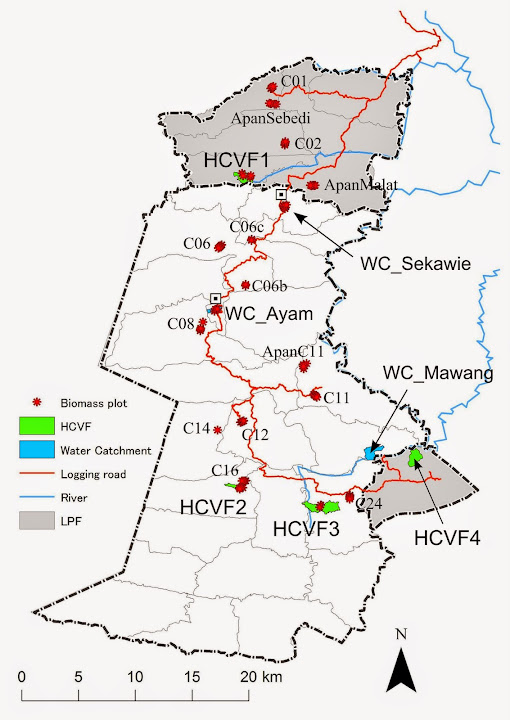 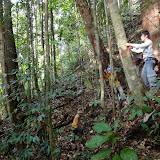 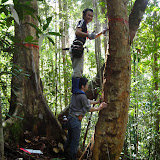 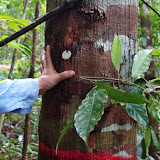 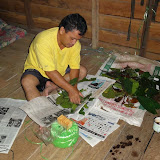 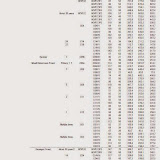 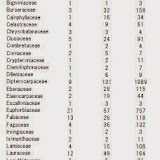 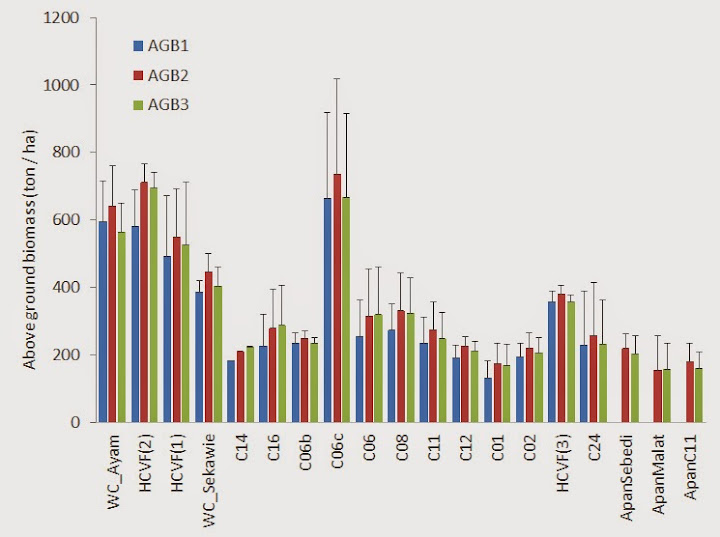 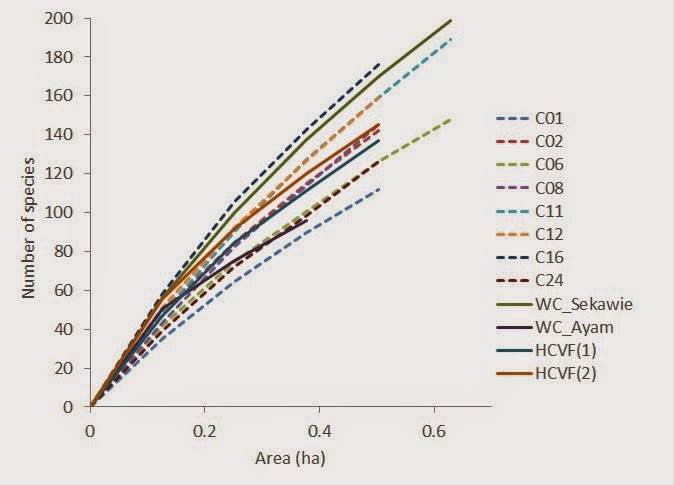 Discussion  HCVFs and WCs had higher biomass or carbon stock than normal areas that were subjected to logging operations. AGB remained low even 22 or 24 years after the last logging (C16 and C14). Whereas AGB2 in C12, just after harvest, was 227.8 ± 28.0 t/ha, only 280.2 ± 115.6 and 221.2 in C16 and C14, respectively. Although one of the reason of the low biomass stocks in C16 and C14 may be due to the slow speed of biomass recovery under the specific environmental conditions in the two areas (e.g., soil), our results indicated that the biomass of logged-over forests does not recover to the state of unlogged forests during the standard logging cycle of 25 years in ASDU. Thus, HCVFs and WC areas are valuable for showing the original and potential status of standing volume or carbon stock in ASDU.  However, the species richness in HCVFs and WCs was not obviously higher than that in normal logging areas. Even areas harvested recently, for example C12 and C11, had many species as HCVFs and WCs. The current logging system is considered not too harmful in reducing the species richness of the original forest.  In this study, metal number tags were attached to all enumerated trees. As these metal tags can remain intact for a long time, future surveys such as measuring DBH can be performed and will allow the determination the growth rate of these trees. Among potential uses of such information is the calculation of annual growing speed, which in turn can be used to revise the annual allowable cutting volume for sustainable timber production.  The presence of the primary forests in HCVFs and WCs inside ASDU is of high advantage for the management of FMU, given that few existing FMUs in Sarawak retain such original habitats to show the original forest conditions inside FMU. Acknowledgements  We thank the staff of Sarawak Forestry Corporation, Rantai Jawa, Tinjan Kuda, and Shalih bin Rebi, who helped in conducting the fieldwork and the identification of tree species. We also thank the managing director of Zedtee Sdn Bhd, Wong Ing Yong; his staff, John Tasan and Wong Toh Meo; and the other staff in Sekawie Camp and Ayam Camp for their support during the field work. We also thank our local assistants who helped in our field work. We thank Jason Hon, WWF Malaysia, who introduced us to ASDU, helped conduct this study, and also edited this report. This study was financially supported by a Grant-in-Aid for Scientific Research (S) 22221010 from the Japan Society for the Promotion of Sciences and permitted by Forest Department of Sarawak (NCCD.907.4.4 (Jld.7) -67). References Chave, J., C. Andalo, S. Brown, M. A. Cairns, J. Q. Chambers, D. Eamus, H. Fölster, F. Fromard,  N. Higuchi, T. Kira, J.-P. Lescure, B. W. Nelson, H. Ogawa, H. Puig, B. Riera, and T. Yamakura.  2005. Tree allometry and improved estimation of carbon stocks and balance in tropical forests.  Oecologia 145:87-99. Demies, M. and J. Sang. 2008. Structure and Species Composition of Three Dipterocarp Genera in  Anap Muput High Conservation Value Forests. Sarawak Forestry Corporation. FAO. 1997.  Estimating Biomass and Biomass Change of Tropical Forests: a Primer. Hon, J. 2013 Importance of salt licks and roles of production forests for the conservation of  wildlife in central Sarawak, Malaysian Borneo. PhD Dissertation, Kyoto University, Japan Hon, J. 2011. A new record for the Borneo bay cat in central Sarawak, Malaysian Borneo.  Cat News 55:4-6. Hon, J. and S. Shibata. 2013. Temporal Partitioning by Animals Visiting Salt Licks.  International Journal of Environmental Science and Development:44-48. Koizumi, M. 2012. Developing a plant-survey method at Anap-Muput Forest Management Unit.  Equatorial Biomass Society 3:4-5. Samejima, H. and J. Hon. 2014. Ground-dwelling Mammals and Birds recorded by camera traps  in logged over forest in Anap Sustainable Development Unit, Sarawak, Malaysia.  Equatorial Biomass Society 10: 1-6 Notes 1:E-mail: lahang.lejau@gmail.com