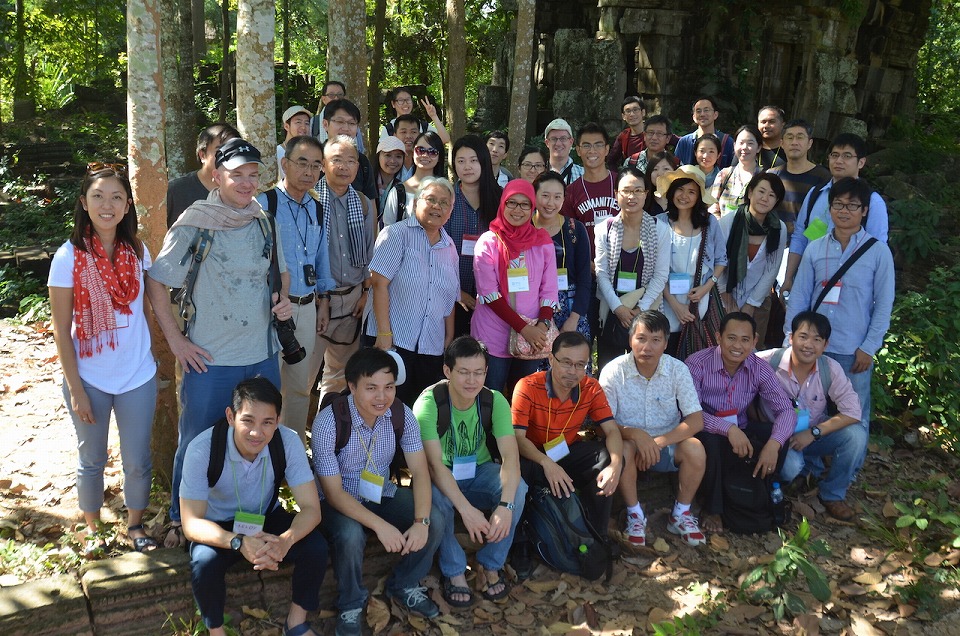 23 participants from 11 countries and 17speakers and staff members from 6 countries gathered together in Siem Reap to discuss “connectivity.”

The seminar kicked off on November 22 with an opening talk with Dr. Kono Yasuyuki, Director of the Center for Southeast Asian Studies, who reminded the participants of the importance of thinking big. He suggested that we think of connectivity as a distinct “logic” of the human society or “humanosphere,” because humans have a unique ability to connect or disconnect with each other and to change the connections.

The seminar was designed in such a way that during the first half, the participants learned primarily through studies from Cambodia. We were blessed to have Professor Ang Choulean, the eminent historical anthropologist, as our keynote speaker. In his talk, Professor Ang Choulean showed the importance of historical thinking by showing artifacts and uncovering long-distance connections through them. He also pointed to lesser-known groups and places in the margins of national landscape, highlighting in particular a rich history of interaction between Siam and Khmer cultures.

This was followed, in the afternoon, by presentations made by five scholars of Cambodia. In his presentation archaeologist, Mr. Im Sokrithy (APSARA Authority) explained the extensive infrastructure network of the Angkor Empire. Speaking on the past and the present of the “East-West Cultural Corridors,” Prof. Shibayama Mamoru (Kyoto University) introduced a novel research method of informatics to illustrate how old networks could be visually mapped and assist our geographical understanding of region-wide connections. Dr. Hang Peou (APSARA Authority) illuminated the engineering knowledge and technology required by the construction and maintenance of the Angkor temples, highlighting a concern regarding the groundwater level today. Dr. Kobayashi Satoru (Kyoto University) and Dr. Hori Mina (Kochi University) then presented their research findings to illuminate contemporary forms of connectivity around Tonle Sap, analyzing the historical formation of regional society and the network of fishing industry respectably. Collectively, the set of presentations demonstrated that Siem Reap/Angkor/Tonle Sap proved to be a great entry point for us to think about various forms connectivity.

The following day was devoted to a fieldtrip around Tonle Sap. We first visited Domdaek, a rural area about 30 kilometers east of the town. And we learned about the Angkor-era infrastructure, especially transportation and public works, again from Mr. Im Sokrithy (APSARA Authority). We then visited Kampong Khleang, a community of the Tonle Sap Lake to deepen our understanding about livelihood changes and ecological linkages. Then we came back to the city of Siem Reap, a rapidly growing urban center to reflect the dramatic history of this region. The fieldtrip allowed the participants to gain knowledge about the Angkor Empire and its infrastructure networks, about Tonle Sap and its ecological and cultural connections, and about Siem Reap and its growing connections (and disconnections) through global tourism.

The fieldtrip was followed by three sessions (Session 3, 4, 5) on Day 3 and 4. Each session identified a particular theme, which was addressed in-depth by three presentations. First of the three sessions (Session 3), titled “Scale of connectivity: place, boundary, and distance,” explored the history and geography of Southeast Asia, addressing how we imagine “Southeast Asia.” Dr. Imamura Masao (Kyoto University) made a contrast between cosmopolitanism and vernacularism as two modes of connectivity. Dr. Oiyan Liu (The University of Hong Kong) investigated how “Southeast Asia” was imagined by certain Chinese intellectuals in the early 20th century. Dr. Dave Lumenta (University of Indonesia) analyzed the limits of the state-centric geography with a case study of Borneo. The session open a range of thought-provoking questions, and the participants exchanged views on how to think about nationalism to developmentalism on Southeast Asia. 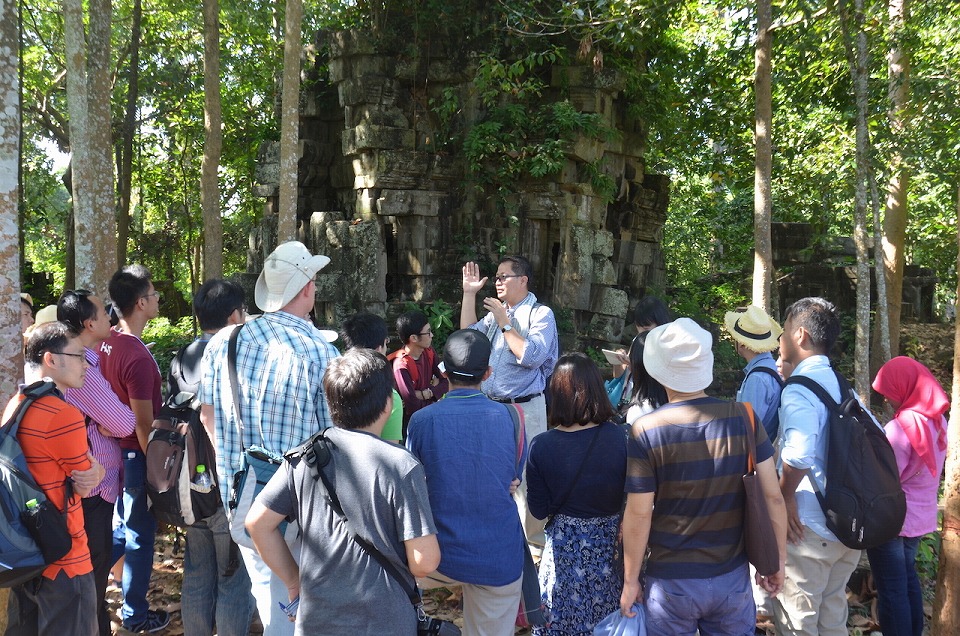 The whole afternoon of Day 4 was dedicated to group activities. The entire participants was divided into four groups, and they received four different open-ended questions on connectivity:

The groups spend two hours to make four creative posters. Each group made a ten-minute presentation in front of the rest of the participants—followed by a five-minute discussion period. The posters displayed both intelligence and creativity, and the presentations were followed by heated discussions (especially on the connectivity based on prahok, the Khmer food!).

The seminar was concluded by the remarks from the representatives from the two Cambodian organizations, APSARA Authority and the Royal University of Phnom Penh (Faculty of Development Studies).

Through the combination of presentations, discussions, group activities, and a field trip, the seminar provide a rare opportunity for researchers from both Southeast Asia and East Asia to meet and engage in in-depth discussions.