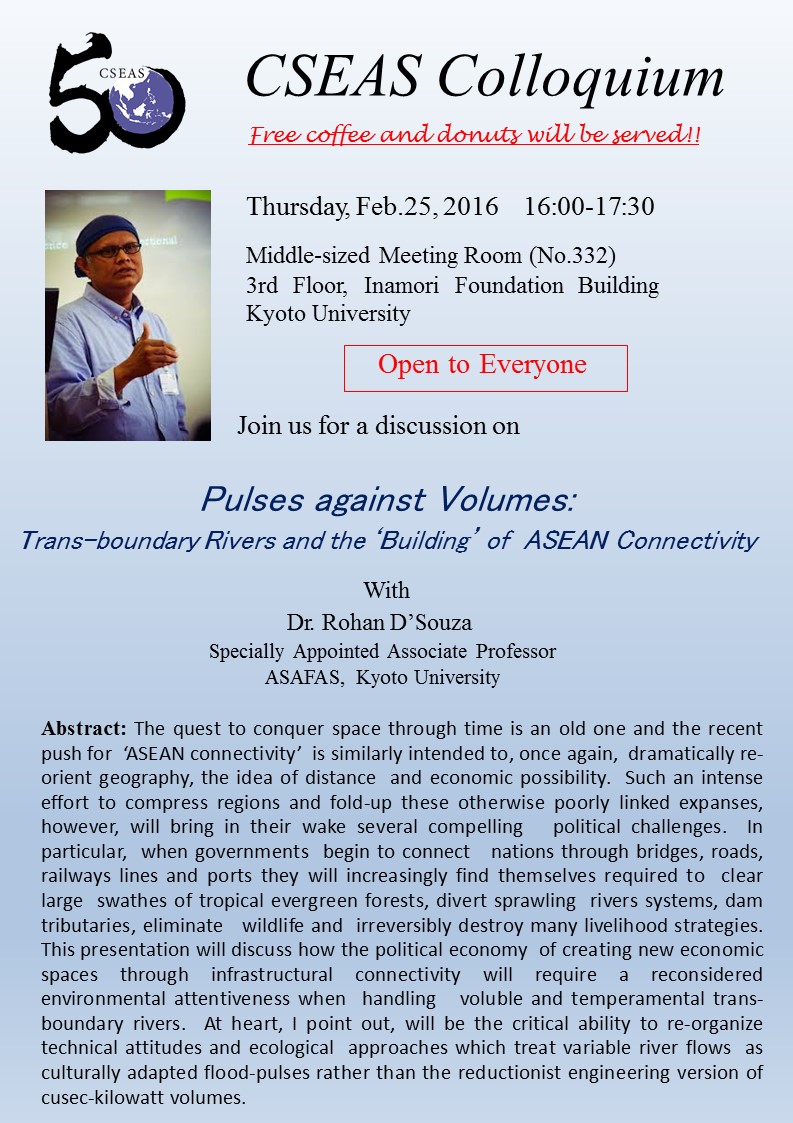 TThis is an announcement to invite you to the CSEAS Colloquium for February 2016.

Abstract:
The quest to conquer space through time is an old one and the recent push for ‘ASEAN connectivity’ is similarly intended to, once again, dramatically re-orient geography, the idea of distance and economic possibility. Such an intense effort to compress regions and fold-up these otherwise poorly linked expanses, however, will bring in their wake several compelling political challenges. In particular, when governments begin to connect nations through bridges, roads, railways lines and ports they will increasingly find themselves required to clear large swathes of tropical evergreen forests, divert sprawling rivers systems, dam tributaries, eliminate wildlife and irreversibly destroy many livelihood strategies. This presentation will discuss how the political economy of creating new economic spaces through infrastructural connectivity will require a reconsidered environmental attentiveness when handling voluble and temperamental trans-boundary rivers. At heart, I point out, will be the critical ability to re-organize technical attitudes and ecological approaches which treat variable river flows as culturally adapted flood-pulses rather than the reductionist engineering version of cusec-kilowatt volumes.