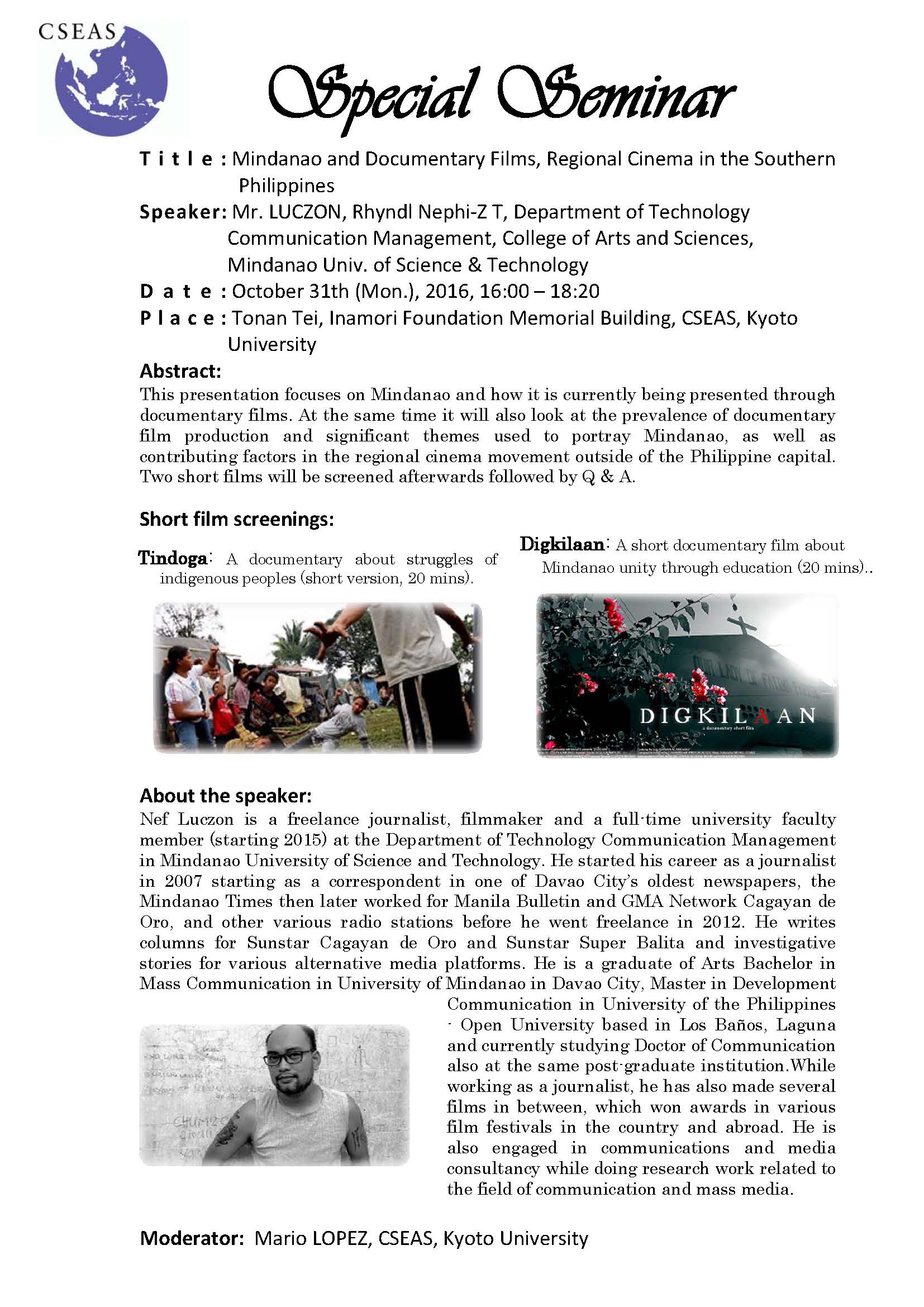 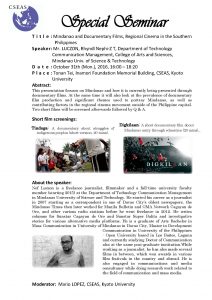 Abstract:
This presentation focuses on Mindanao and how it is currently being presented through documentary films. At the same time it will also look at the prevalence of documentary film production and significant themes used to portray Mindanao, as well as contributing factors in the regional cinema movement outside of the Philippine capital. Two short films will be screened afterwards followed by Q & A.

About the speaker:
Nef Luczon is a freelance journalist, filmmaker and a full-time university faculty member (starting 2015) at the Department of Technology Communication Management in Mindanao University of Science and Technology. He started his career as a journalist in 2007 starting as a correspondent in one of Davao City’s oldest newspapers, the Mindanao Times then later worked for Manila Bulletin and GMA Network Cagayan de Oro, and other various radio stations before he went freelance in 2012. He writes columns for Sunstar Cagayan de Oro and Sunstar Super Balita and investigative stories for various alternative media platforms. He is a graduate of Arts Bachelor in Mass Communication in University of Mindanao in Davao City, Master in Development Communication in University of the Philippines – Open University based in Los Baños, Laguna and currently studying Doctor of Communication also at the same post-graduate institution.While working as a journalist, he has also made several films in between, which won awards in various film festivals in the country and abroad. He is also engaged in communications and media consultancy while doing research work related to the field of communication and mass media.