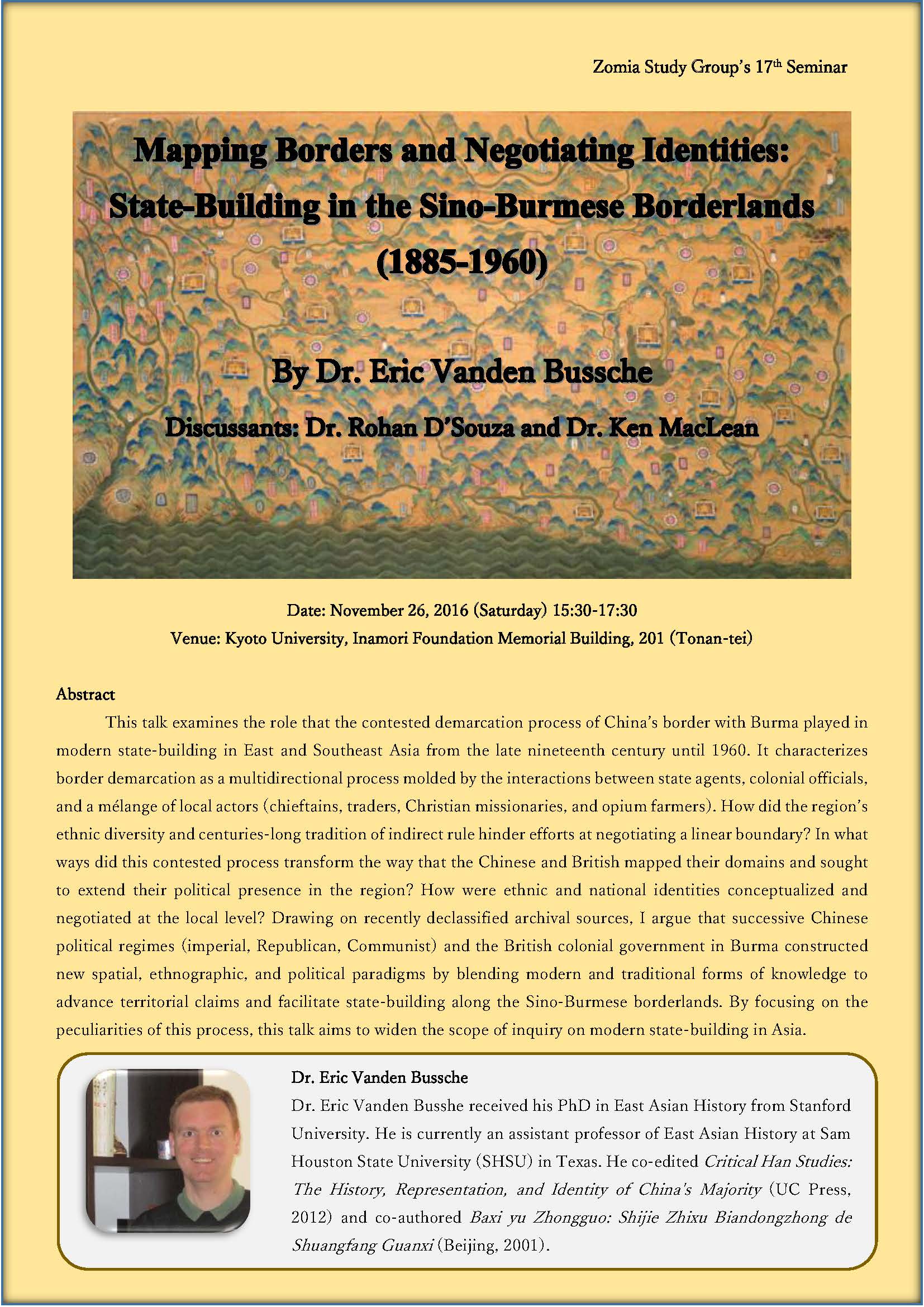 This talk examines the role that the contested demarcation process of China’s border with Burma played in modern state-building in East and Southeast Asia from the late nineteenth century until 1960. It characterizes border demarcation as a multidirectional process molded by the interactions between state agents, colonial officials, and a mélange of local actors (chieftains, traders, Christian missionaries, and opium farmers). How did the region’s ethnic diversity and centuries-long tradition of indirect rule hinder efforts at negotiating a linear boundary? In what ways did this contested process transform the way that the Chinese and British mapped their domains and sought to extend their political presence in the region? How were ethnic and national identities conceptualized and negotiated at the local level? Drawing on recently declassified archival sources, I argue that successive Chinese political regimes (imperial, Republican, Communist) and the British colonial government in Burma constructed new spatial, ethnographic, and political paradigms by blending modern and traditional forms of knowledge to advance territorial claims and facilitate state-building along the Sino-Burmese borderlands. By focusing on the peculiarities of this process, this talk aims to widen the scope of inquiry on modern state-building in Asia.

Dr. Eric Vanden Bussche received his PhD in East Asian History from Stanford University. He is currently an assistant professor of East Asian History at Sam Houston State University (SHSU) in Texas. Prior to joining the history faculty at SHSU, he taught at Stanford University and Beijing University. He has also held academic appointments as a fellow at Stanford’s Center for International Conflict and Negotiation and visiting scholar at the Institute of Modern History at Academia Sinica in Taiwan. He co-edited Critical Han Studies: The History, Representation, and Identity of China’s Majority (UC Press, 2012) and co-authored Baxi yu Zhongguo: Shijie Zhixu Biandongzhong de Shuangfang Guanxi (Beijing, 2001). Dr. Vanden Bussche has presented his research at academic conferences in the U.S., Taiwan, and Europe, as well as to policy-makers and diplomats in foreign embassies in Beijing. He has been interviewed on Chinese affairs by the BBC World Service (UK), Revista Epoca (Brazil), China Central Television (CCTV), People’s Daily (China), among other media outlets.