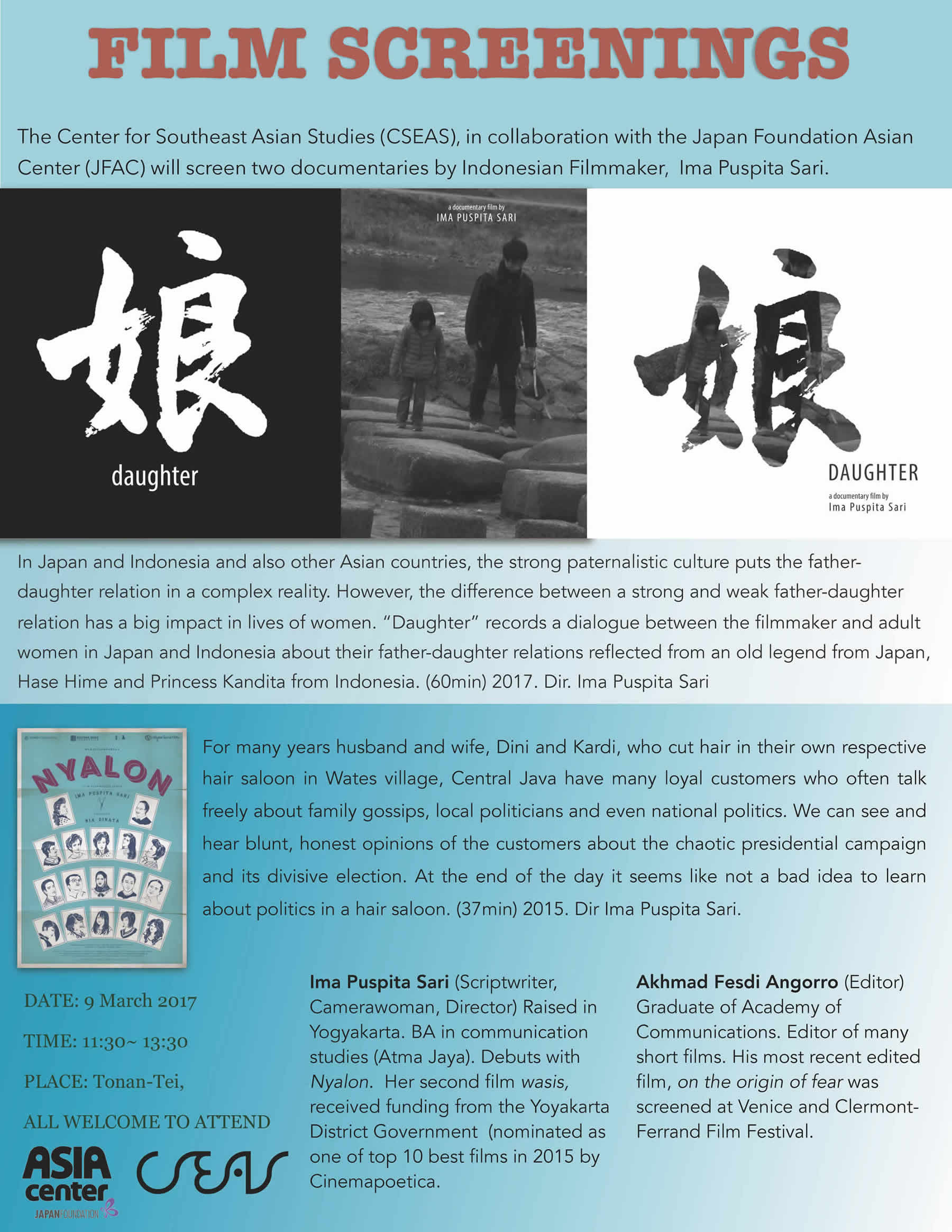 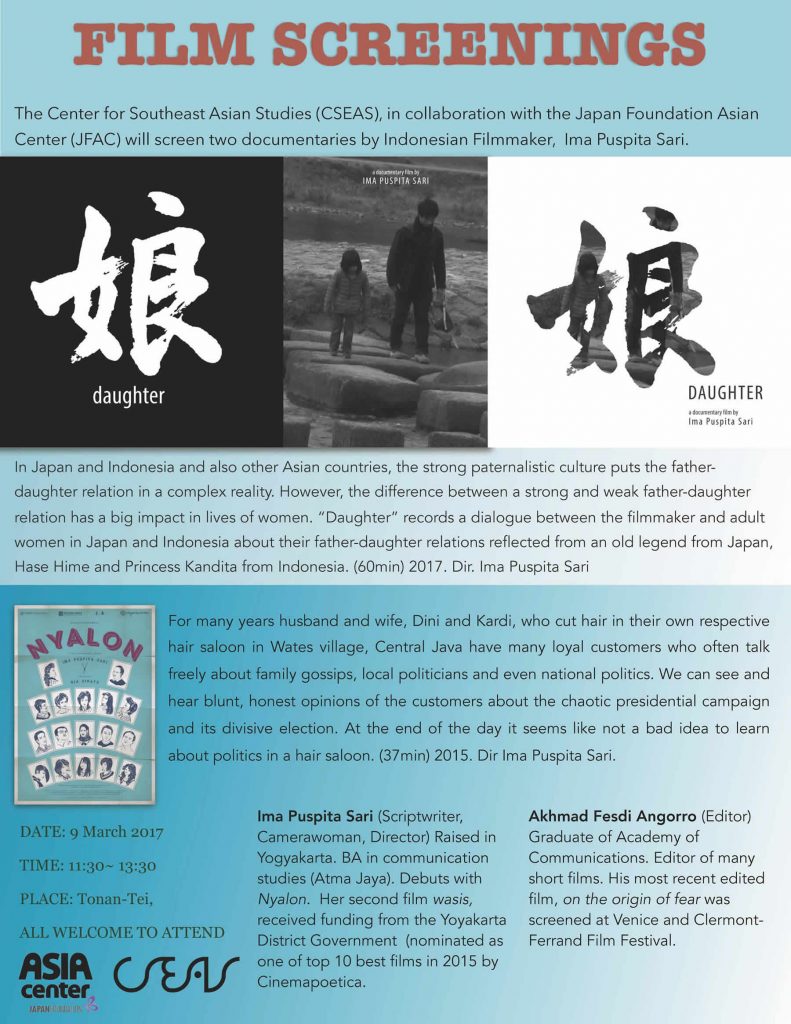 For many years husband and wife, Dini and Kardi, who cut hair in their own respective hair saloon in Wates village, Central Java have many loyal customers who often talk freely about family gossips, local politicians and even national politics. We can see and hear blunt, honest opinions of the customers about the chaotic presidential campaign and its divisive election. At the end of the day it seems like not a bad idea to learn about politics in a hair saloon. (37min) 2015. Dir Ima Puspita Sari.

Akhmad Fesdi Angorro (Editor) Graduate of Academy of Communications. Editor of many short films. His most recent edited film, on the origin of fear was screened at Venice and Clermont-Ferrand Film Festival.