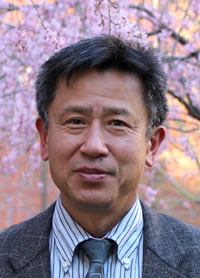 In April of 2014, I succeeded Prof. Hiromu Shimizu as the Director of the Center for Southeast Asian Studies at Kyoto University.

In 2015, the Center (CSEAS) will celebrate its 50th anniversary. I am honored to be entrusted with the position of Director at this important milestone. At the same time, I feel the weight of this responsibility and am determined to commit myself to this task.

Looking back on the fifty-year history of the CSEAS, I can say that the Center, while holding true to its founding principle of seeking to understand contemporary issues facing Southeast Asia through interdisciplinary research based on fieldwork, has undergone a steady evolution, largely enabled by its success in identifying ground-level developments in Southeast Asian societies, in undertaking empirically grounded research, and in earnestly and proactively responding to the demands and expectations of stakeholders not only in Japan, but in Southeast Asia and overseas. Hewing closely to the tradition of abiding by solid principles and flexible management established by my predecessors, I hope to further develop this institute into a world-class hub for research on Southeast Asia.

Southeast Asian studies are now on the verge of an historic turning point. This turning point represents a shift of emphasis from one of promoting Southeast Asian studies for the purpose of understanding Southeast Asia to one of conducting research, based on the experiences and realities of Southeast Asia, that will provide lessons, inspiration, and knowhow for humanity and strengthen the basis and chances for the survival of humans as well as the Earth, the close interaction of which we call the “humanosphere.” How to harness nature’s vast latent potential while managing it in a sustainable fashion; how to create societies in which diverse peoples, cultures, and religions can coexist; and how to harmonize the demands of nation-states and markets with the initiatives of citizens and communities so that these can develop are just some of the big issues that Southeast Asian societies and the world more generally are now confronting. I hope that CSEAS will contribute its share to addressing these issues, drawing on the knowledge and evidence accumulated through in-depth research and fieldwork to engage in theory-building and promote perspectives that are attuned to the exigencies arising from Southeast Asia and capable of being refined and shared across regions.

I hope to be able to work with all of you, and humbly ask for your continued and even greater support in the future.