CSEAS publishes following five series for the presentation of original academic studies contributing to the development of Southeast Asian area studies. Our monograph series was originally authored exclusively by CSEAS faculty, but since 2000 the series has been open to outside contributors from both within and outside Japan.

In recognition of the rapid growth of quality scholarship in East and Southeast Asia, this series was inaugurated in 2009, to promote and make this fine scholarly output available globally. Through the NUS Press network, distribution is extensive. Due to the breadth of the targeted audience, we aim to produce works that will make significant contributions to the field of Southeast Asian studies, with clear and concise arguments on relevant questions in the field. The refereeing process is overseen by both the publication committee at CSEAS and NUS press, by a selection of top scholars in the field. The final production is done by NUS press. 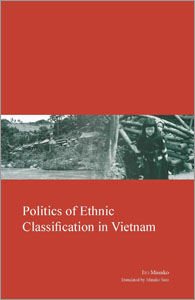 This series was inaugurated in 1999 as a sister series of the Japanese Chiiki-Kenkyu-Sosho. It is a co-production between Kyoto University Press and Trans-Pacific Press of Australia. As with its Japanese counterpart series, it was primarily designed as an outlet for CSEAS faculty’s work. However, after 2000, it was opened to submissions from area studies scholars from all over Asia. Increasing globalization has rendered all the more important our endeavor to understand the region and to address issues that arise from within it. On the foundation of our accumulated scholarship, this series seeks original contributions to Southeast Asian Studies, and prioritizes scholarly works based on sound research data and discussions with originality from Japan and all of Asia. The refereeing process is carried out by the publications committee of CSEAS, by requesting three top specialists in the field to peer review manuscripts. Production is done by Trans-Pacific Press.

Monographs of the Center for Southeast Asian Studies 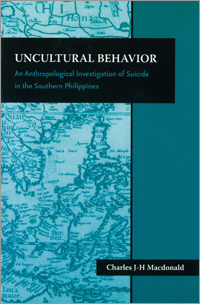 This series was inaugurated in 1966 at the time of the foundation of CSEAS, along with the Japanese language series, Tonanajia-Kenkyu-Sosho. University of Hawaii Press has published the titles after Volume 7, and presently there are 21 titles. Submitted manuscripts first go through the refereeing process by the publications committee of CSEAS, where three top scholars in the field are asked to referee. Then, the manuscript is sent to the University of Hawaii Press, where it undergoes the press’s own editorial screening. As a university press, high readability and marketability is required in addition to scholarly merit. 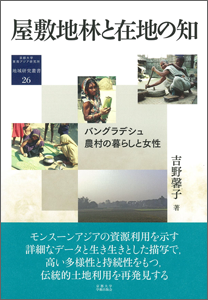 This series started in 1995, celebrating the 30th anniversary of CSEAS. It has become a well-recognized series for high-quality Japanese scholarship. Several books have won prizes.

The first book in this series was published in 1966, almost at the same time that the Center was founded. After the 4th volume, Sobunsha (Tokyo) published up to Vol.24 the final volume in 1991. Of all the volumes, 14 were monographs by CSEAS staff or related scholars, 8 were edited volumes, and 2 were translations. The edited volumes include collections of representative works by CSEAS staff on the occasions of the 10th, 15th, and 20th anniversaries. One might say that each volume opened new horizons in the field of Southeast Asian Studies at the time.