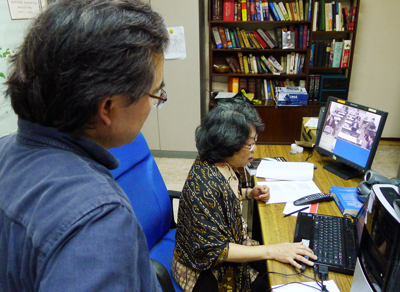 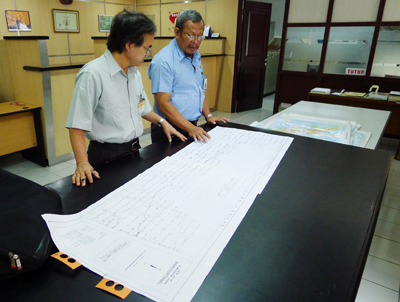 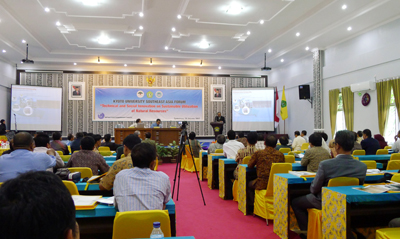 The Jakarta Residence was established in October 1970 at Jalan Rajasa, Kebayoran Baru, Jakarta, and has been funded by the Japanese government since 1973.

It has three major functions: the promotion of joint research between Indonesian and Japanese or Japan-based researchers; the collection of research materials; and information and service assistance to Japanese researchers as well as Indonesian scholars.

Looking back over its history, one major purpose of setting up the residence was to facilitate the 1986 Social and Economic Survey of South Sumatra by National Institute of Economic and Social Research (LEKNAS) and CSEAS. Since then, the residence has continued to facilitate a number of research collaborations with academic institutions in Indonesia. CSEAS has signed memoranda of understanding (MOU) for research and educational collaboration with the Indonesian Institute of Science (LIPI), Hasanuddin University, Bogor Agricultural University, and the National Coordination Agency for Surveys and Mapping (BAKOSURTANAL) and so on.

In 1983, the Center started a special project to acquire vernacular materials, mainly in Southeast Asian languages, with funding provided by the Japanese Ministry of Education, Science, and Culture. Since then, the residence has collected materials written in Indonesian, Javanese, Sundanese, and other Indonesian languages, as well as in Dutch. The residence has also amassed a growing number of documents on Indonesian statistics and maps.

The residence also assists Japanese researchers of CSEAS and other faculties, institutions, and universities to obtain research permits and has supported their research activities in Indonesia in a variety of ways. It functions as the networking hub of Japanese researchers not only in Indonesia but also other regions in insular Southeast Asia. For Indonesian students and researchers, they can receive services and information about studying and doing research in Japan as well.

Purchase a ticket for Golden Bird Taxi at the taxi counter in the airport, and inform the person in charge of your destination.

Take the taxi at the Golden Bird taxi stop outside the airport. You might have to pay expressway tolls a couple of times on the way in addition to the taxi fare.

Take the bus bound for “BLOK M.” Get off at the last stop (“BLOK M”) and take a bajaj (three wheeler) to reach Jakarta residence.