You are cordially invited to a CSEAS Tonan Talk, a Brown Bag lecture series. The talk is open to the public, and you can bring your lunch bag to the place. The details are as follows. 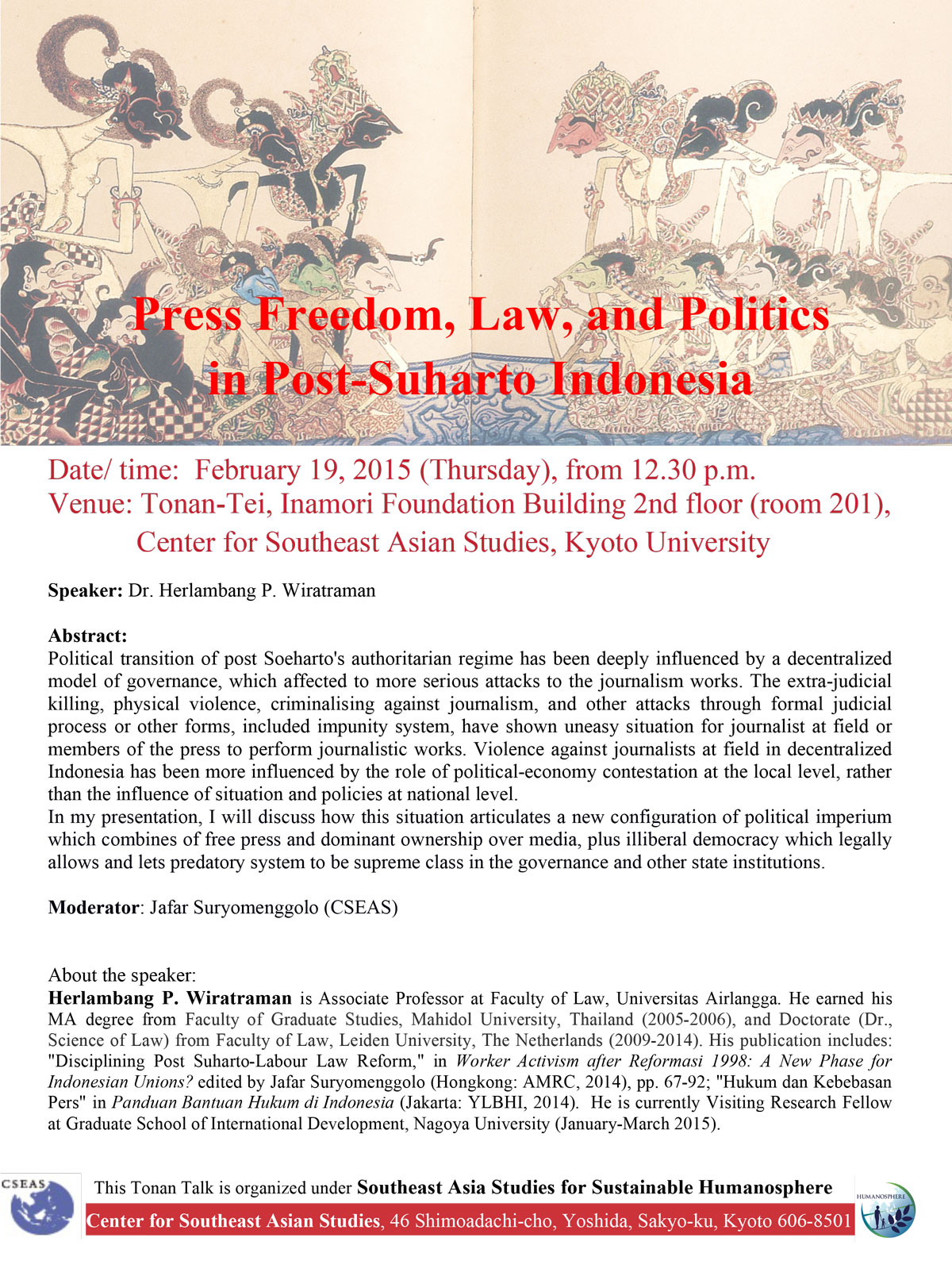 Abstract:
Political transition of post Soeharto’s authoritarian regime has been deeply influenced by a decentralized model of governance, which affected to more serious attacks to the journalism works. The extra-judicial killing, physical violence, criminalising against journalism, and other attacks through formal judicial process or other forms, included impunity system, have shown uneasy situation for journalist at field or members of the press to perform journalistic works. Violence against journalists at field in decentralized Indonesia has been more influenced by the role of political-economy contestation at the local level, rather than the influence of situation and policies at national level.
In my presentation, I will discuss how this situation articulates a new configuration of political imperium which combines of free press and dominant ownership over media, plus illiberal democracy which legally allows and lets predatory system to be supreme class in the governance and other state institutions.