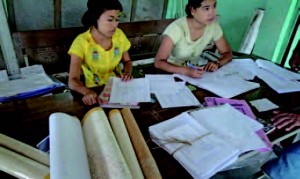 Myanmar’s general election in 2011 was the first competitive general election for about 50 years in the country. Because small-scale farmers dominate this country’s population numerically, it would be possible for them to form the political majority. Consequently, in order to win the next general election, which is expected in 2015, the central government and the ruling party are inclined to implement policies that are attractive to small farmers or people living in rural areas. In this research, in order to examine the relationship between democratic political systems, agriculture, and rural development in the small-farmer-oriented societies of Southeast Asia, we will try to understand the recent socio-economic changes in rural Myanmar and investigate the influence of relevant policies and institutions recently applied by the government. 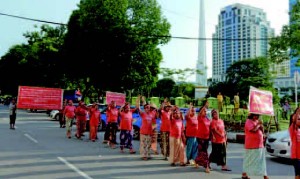 As the new government of Myanmar, established in 2011, has undertaken political democratization and economic liberalization, the socio-economic environment of the country’s rural population has changed drastically. Among the measures that may have contributed to this change are the liberalization of agricultural commodity exports, the newly adopted land law, and the strengthened agricultural finance system. At the same time, major development projects initiated by the central government and with foreign investment have met with resistance from the rural population. Moreover, it is not yet clear how effective local administrative autonomy is in the states/regions and self-administered zones instituted by the new constitution. The government and the ruling party are inclined to implement policies that are attractive to the rural population to secure their political backing in light of the forthcoming general election.

Focusing on a rural Myanmar undergoing transformation, this study aims to clarify its recent socio-economic changes and to examine the various effects of political democratization and their mechanisms. On the bases of the findings obtained and by comparing them with the experiences of neighboring countries, we will discuss the characteristics of the relationship between political systems and rural development in the small-farmer-oriented societies of Southeast Asia.